The Tahlequah City Council is the legislative and quasi-judicial of city government. Under the provisions of the City Charter of Tahlequah, the Council is composed of a Mayor and a four-member council body. All candidates for the office of councilor are to be elected for a four-year term by the qualified electors of their respective wards. The City of Tahlequah is divided into four wards, available to view on the Municipal Ward Map (PDF).

General elections are held on the second Tuesday in February. 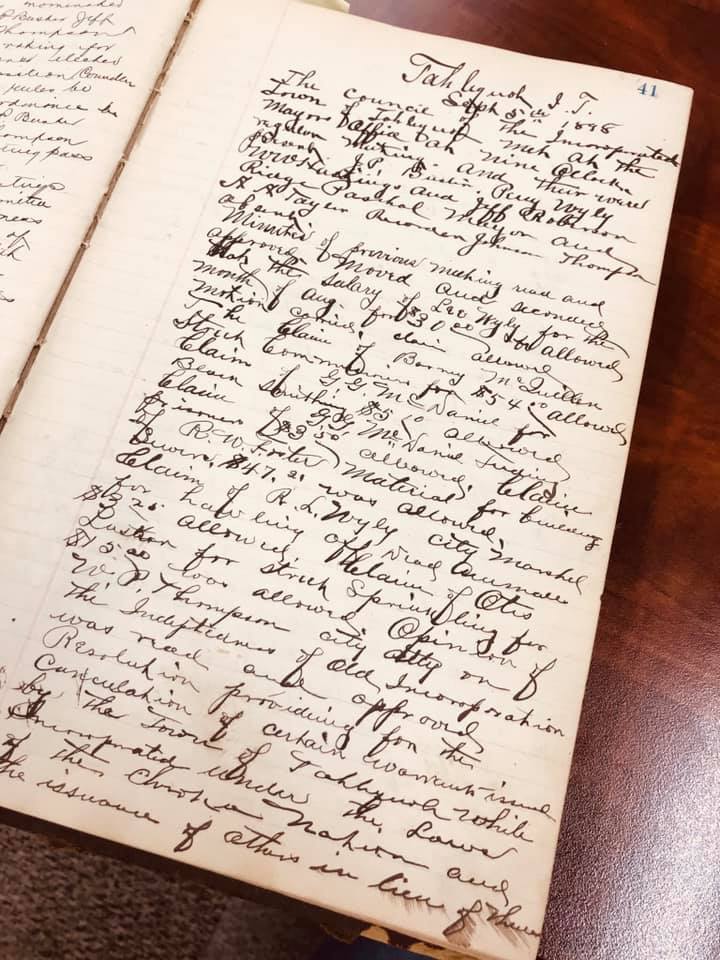 The City Council shall hold its regular meetings at 5:30 p.m. on the first Monday of each month, provided that, if the regular meeting date falls on a legal holiday, the meeting shall be held upon the succeeding day.

Special meetings of the Council may be held by the Mayor or by any three Councilmen at any time. The call for the meeting must be in writing and must be mailed to the Mayor and all Councilmen, excepting those who signed the call, at least two days before the meeting, or must be delivered at least three hours before the meeting to each in person or left at his usual place of abode in a conspicuous place or in the hands of a member of his family at least 15 years old.

The purpose or purposes of the meeting shall be set forth in the call, and no other business shall be transacted at such meeting. The call shall be read at the meeting and shall be entered in full in the journal. (Prior Code, Sec. 1-2)

A majority of the members of the Council shall constitute a quorum to do business, but a less number may adjourn to any date prior to the next regular meeting. The Council shall have and sit with open doors at legislative sessions and shall keep a journal of its proceedings which shall be a public record. (Prior Code, Sec. 1-3)

The Council shall attend to the business before it in the following order:

The rules may be temporarily suspended by a vote of two-thirds of those voting on the question of suspension; but shall not be repealed, altered, or amended, except by ordinance. (Prior Code, Sec. 1-6)